About us
Consumers want plastic products. They want them to be sustainable.
We help.

Why our business exists

Plastic has become a dirty word. But if you know anything about materials you understand the amazing things plastics do for society.

In the fast pace of product development and innovation, manufacturers need tested, high-quality materials that will perform in their applications while achieving immediate, concrete, and measurable sustainability goals.

This is where we stand out

Our business did not begin with a dream of future technology. It began with a practical engineering question: How can we make a high-performance material that mimics carbon fiber but is greener? The answer was to exploit the strength of hemp fibers.

The business continues with the same spirit of practical innovation. How can we make a large-scale change that will happen now?

We have families. We care very much about the planet and the unsustainability of current manufacturing practices. And we’re serious about finding the steps needed for legitimate, wide-scale change.

Our vision is to get things going right away. We know others have that vision too.

How we got here

Our growth has been organic and developed alongside our customers ever growing interest in high performance, sustainable plastics. We’ve learned by continually asking questions, making our fair share of mistakes and being naïve enough to believe that the status quo isn’t good enough. Our journey toward fully sustainable, circular plastics isn’t anywhere near over, but we’re happy to making steps every day in the right direction. 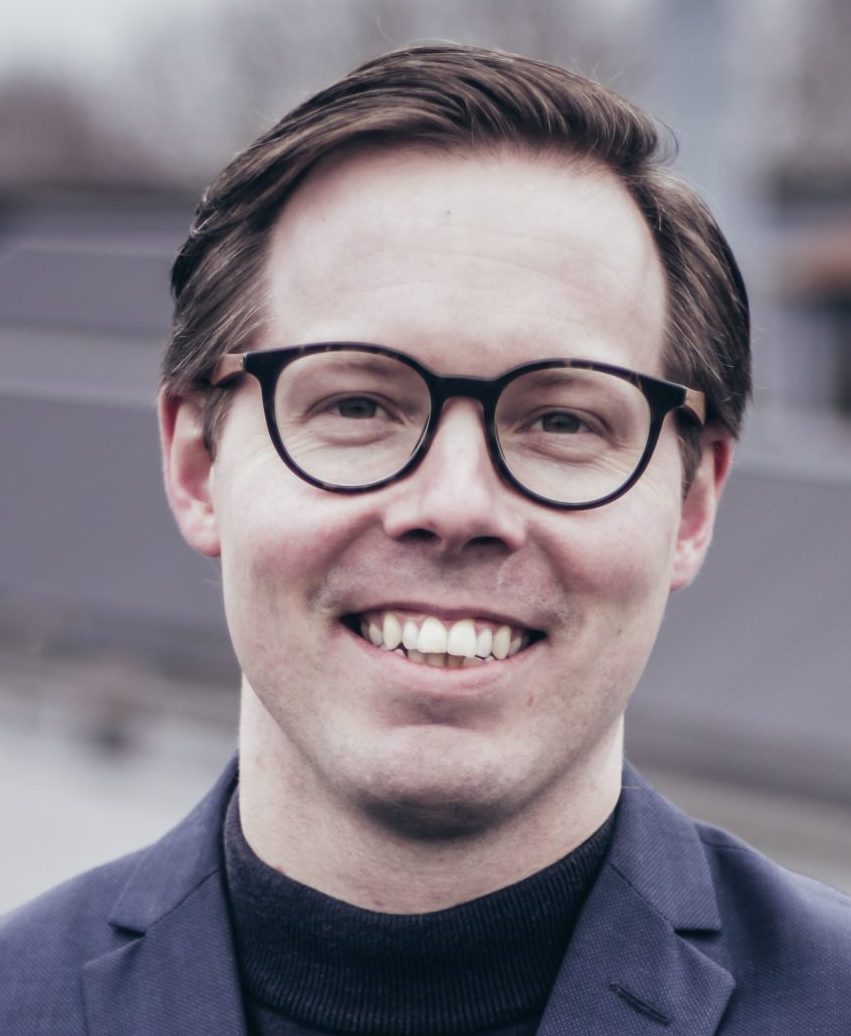 Martin worked with the researchers at Linköping University who figured out a way to use hemp fibers to make a strong, lightweight material for vehicles. Martin recognized that hemp fibers solved a big problem – they made materials that were more environmentally friendly without sacrificing performance.

He bought the patents for the technology in 2012 and registered a company with partner Jeremiah Dutton. With a seed-financing round closed in 2017 and a second round in 2020, Martin developed from scratch an operational fiber-processing and specialized production line at Trifilon’s plant in Nyköping, Sweden. And he headed development of Trifilon’s business systems and delivery processes, helping the startup form into a dependable and innovative material supplier.

Head of sales and marketing

Jeremiah had previously worked for Siemens Wind Power, first helping execute projects and later on the sales side. He met Martin in 2012 and helped develop Trifilon’s business idea by making industry and sales contacts in the Nordics and beyond.

By presenting Trifilon’s case for sustainability and winning difficult product trials, Jeremiah raised Trifilon’s visibility so that the company quickly raised investment capital for its plant. And he helped the company win its first major manufacturing partners, lifting the profile of the startup so that it has now won several awards and greater public interest. 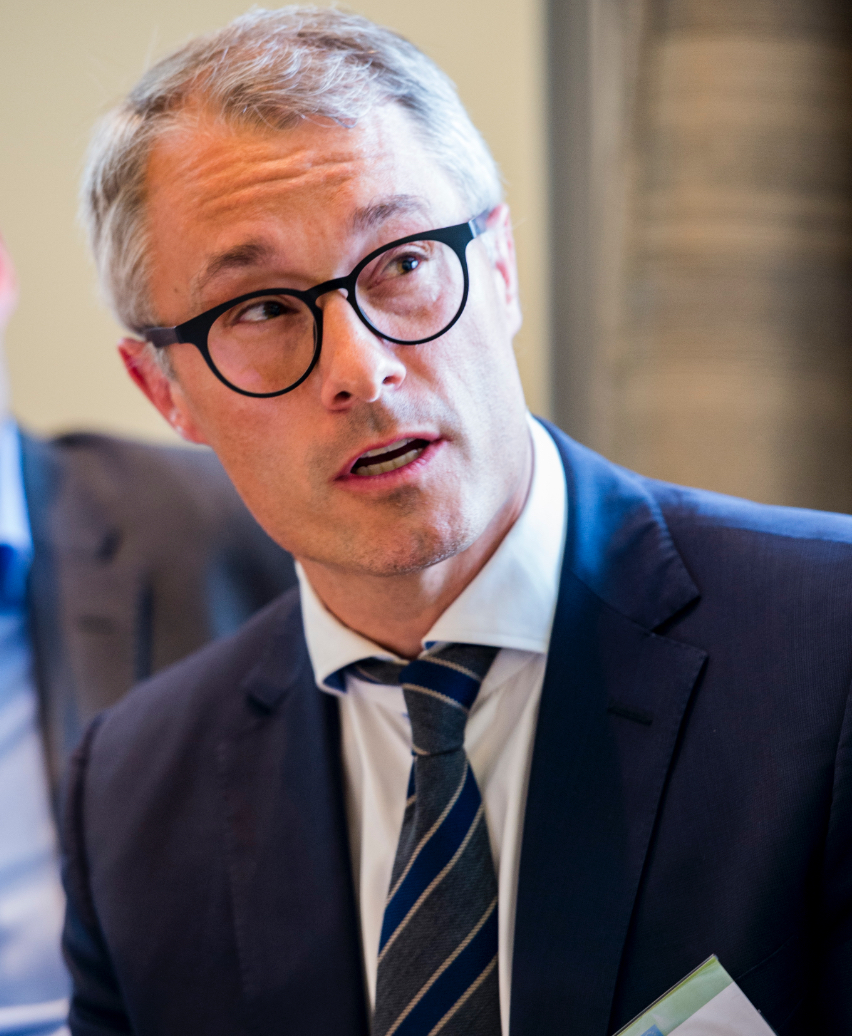 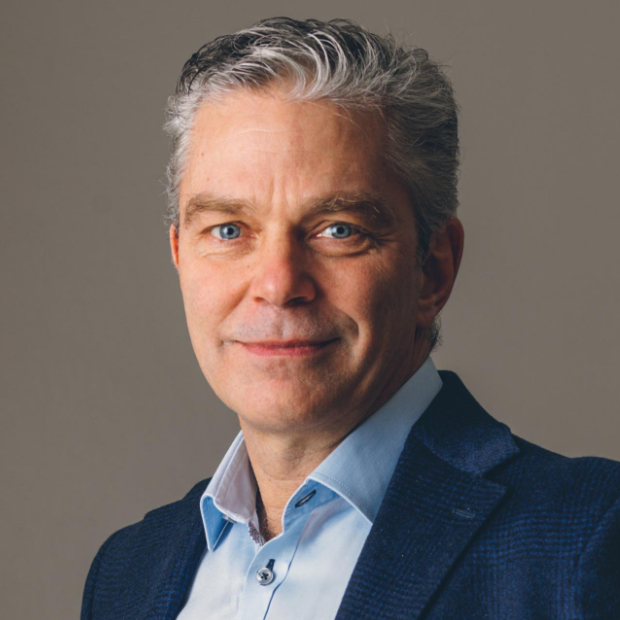 Johan was formerly the CEO of the successful startup MIPS 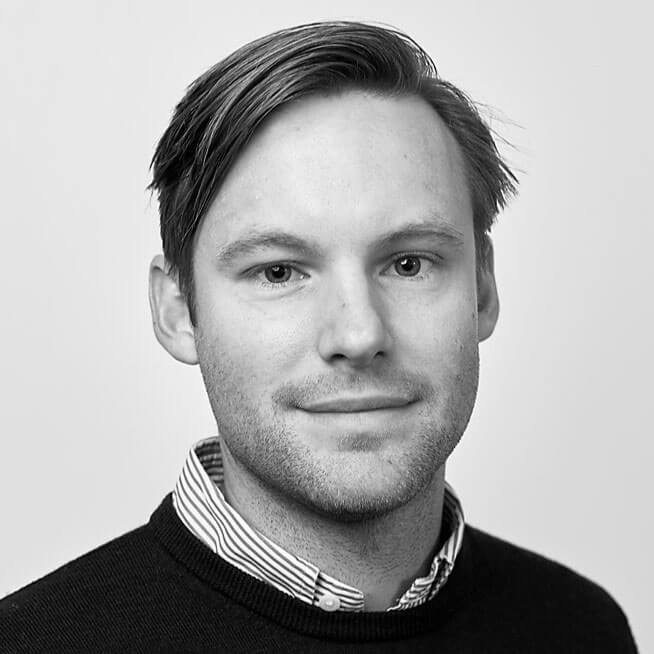 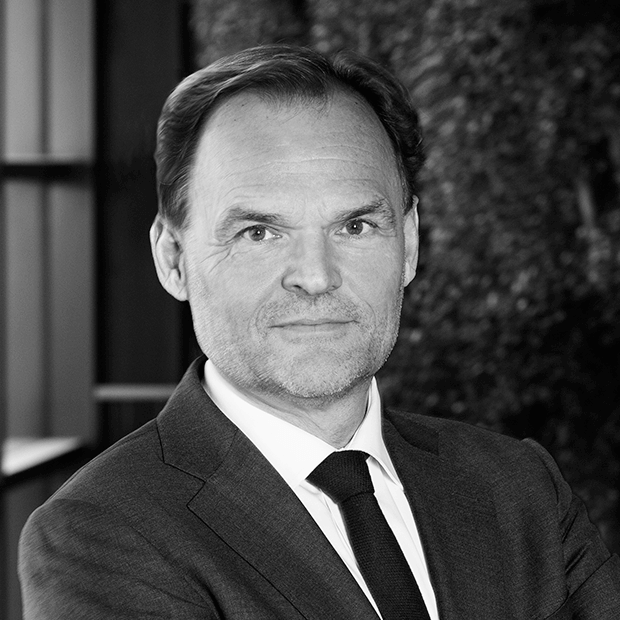 Johan has senior experience a broad range of international industries with focus on sales / marketing and transformation. 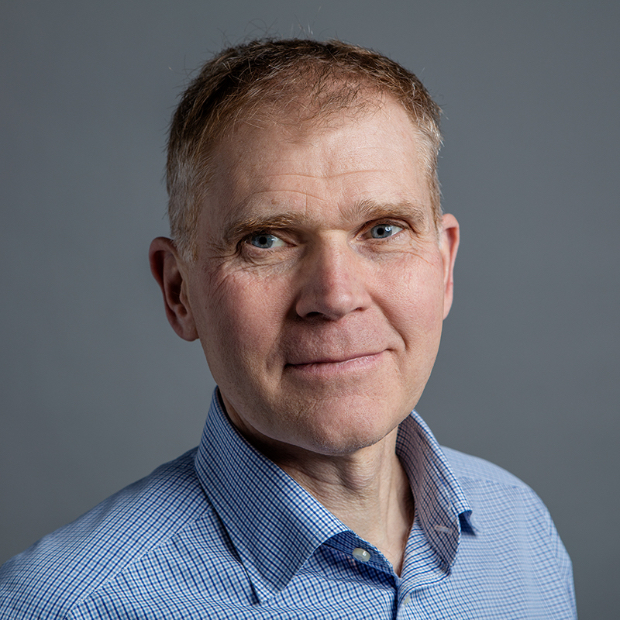 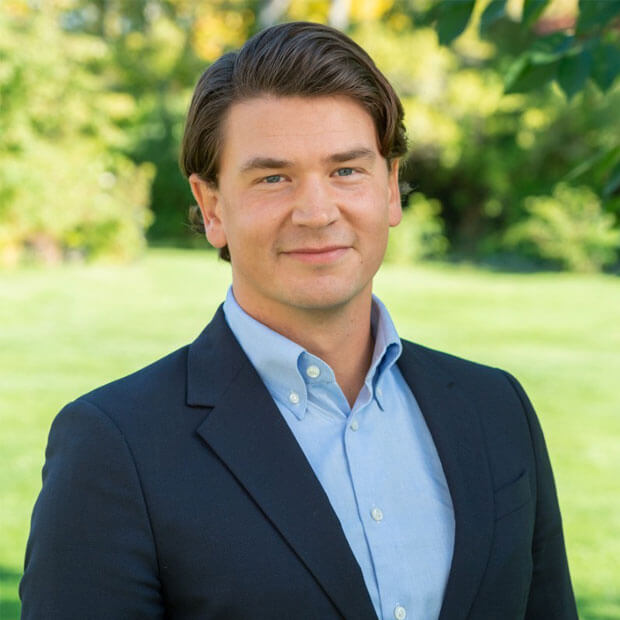 Martin Jacobsson,
Member of the Board 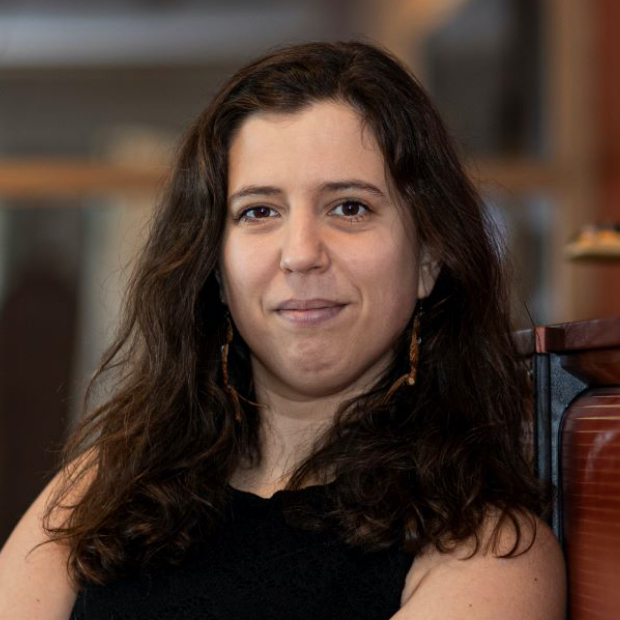 Rebecka Eriksson,
Member of the Board 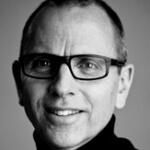 Martin Hedström,
Member of the Board 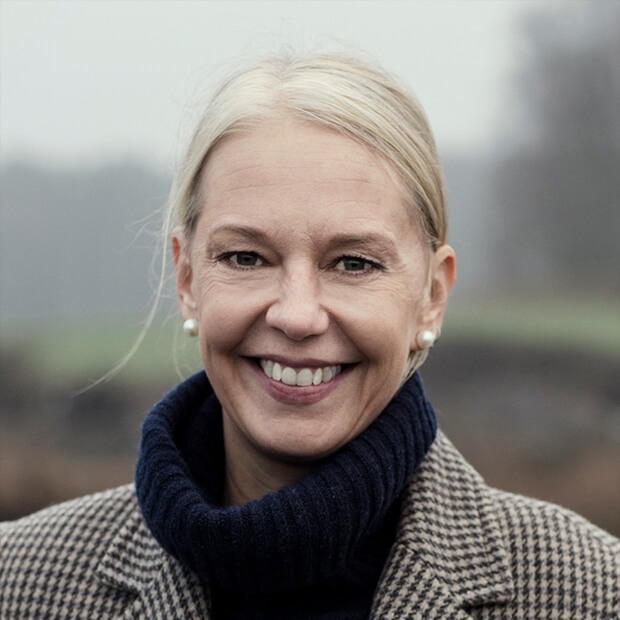 Ankie Bandstigen,
Member of the Board

Experience: Founder and CEO at Faskunge Fastigheter AB. Co-owner and Chairman of the Board at STIGA Sports AB.

Today Trifilon manufacturers three material families, each with a unique performance and sustainability profile. We supply both standard stock grades and customized materials that are optimized to customer application needs. 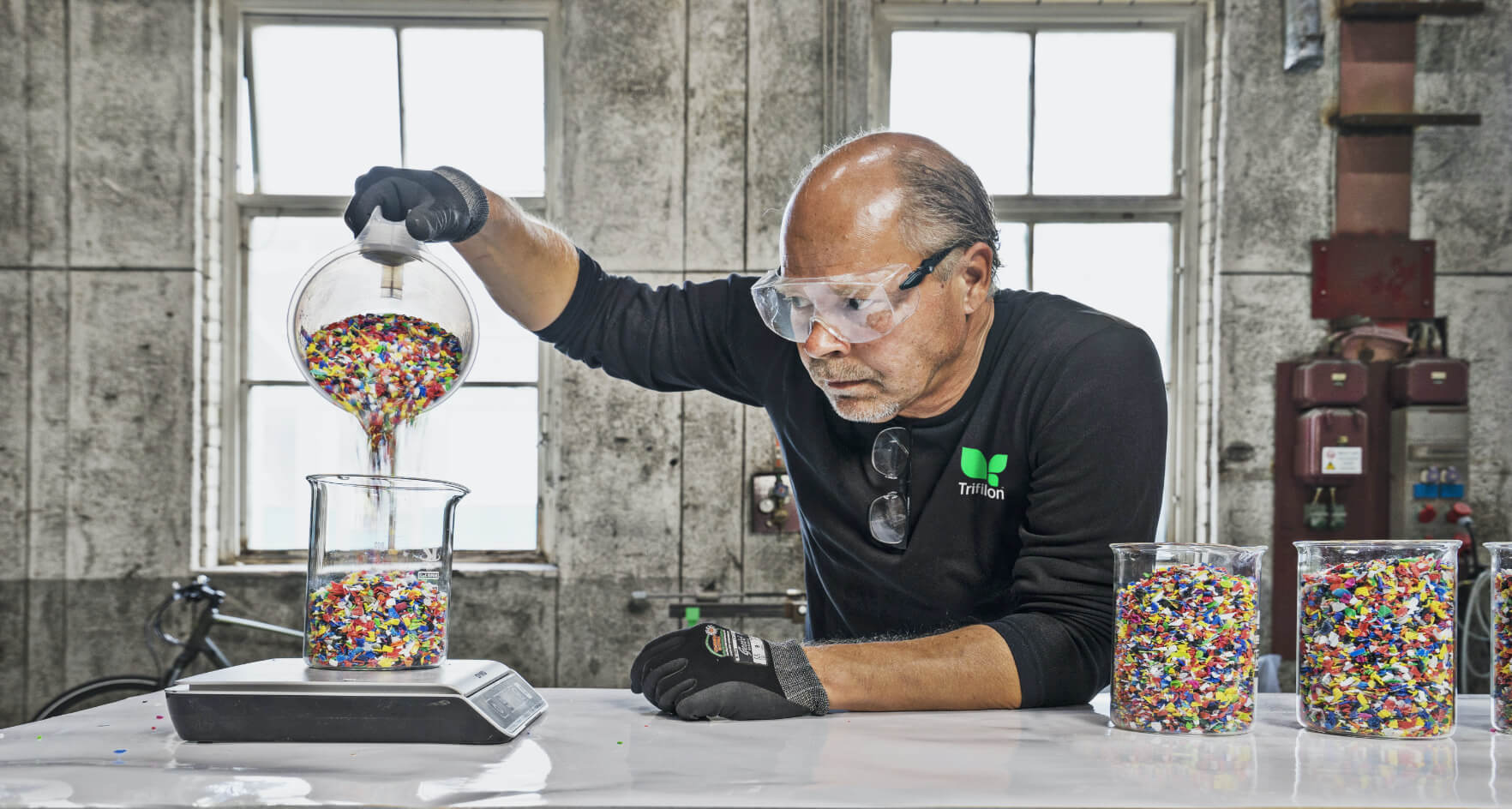 We believe in collaboration. And by working closely with customers, we’re able to act as a trusted materials development partner, fine-tuning our standard materials to better fit a specific application and its unique sustainability targets. 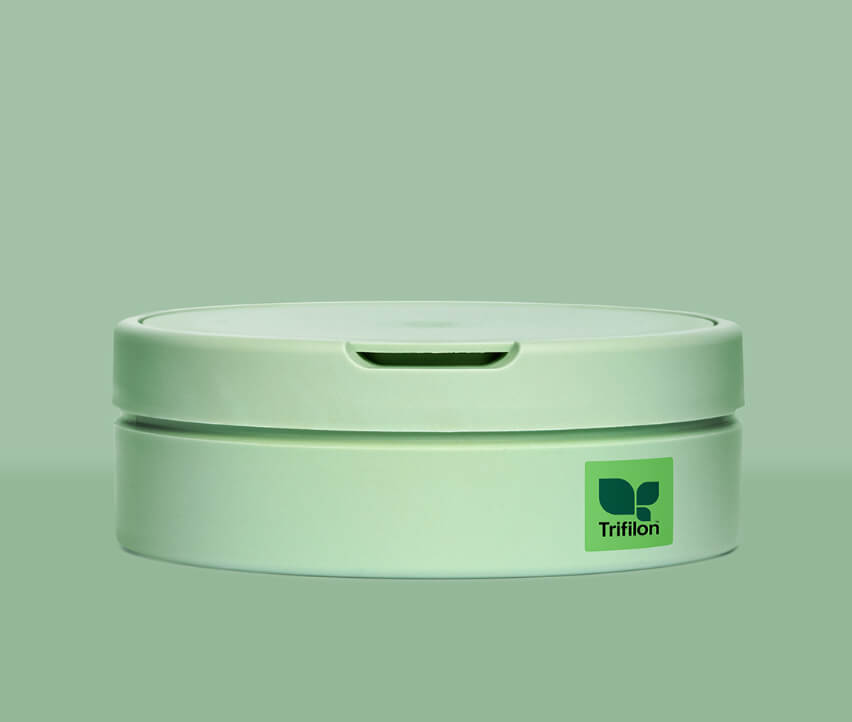 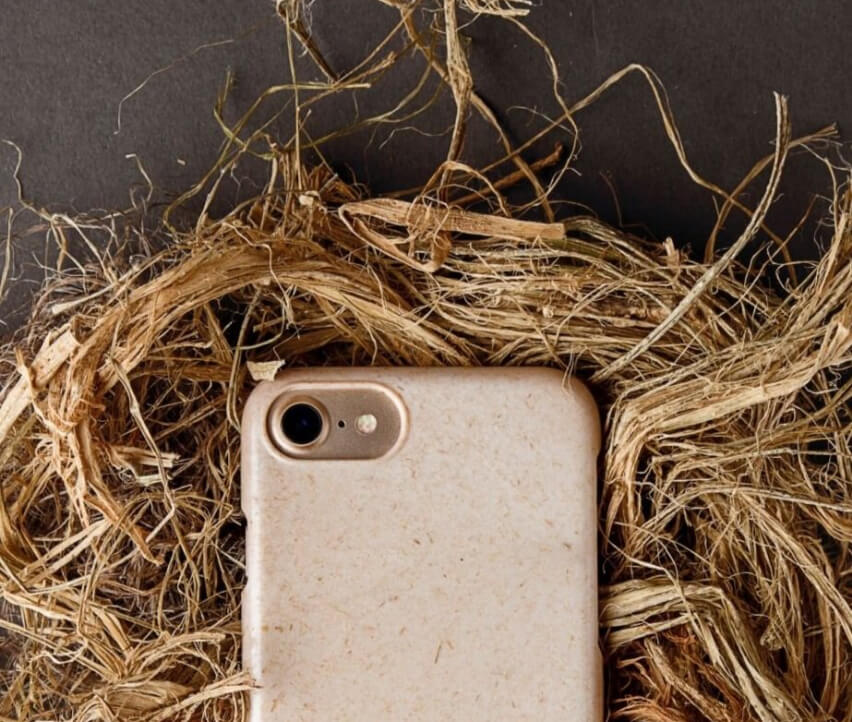 Our vegan offering. All main ingredients are plant based and all grades are industrial compostable. 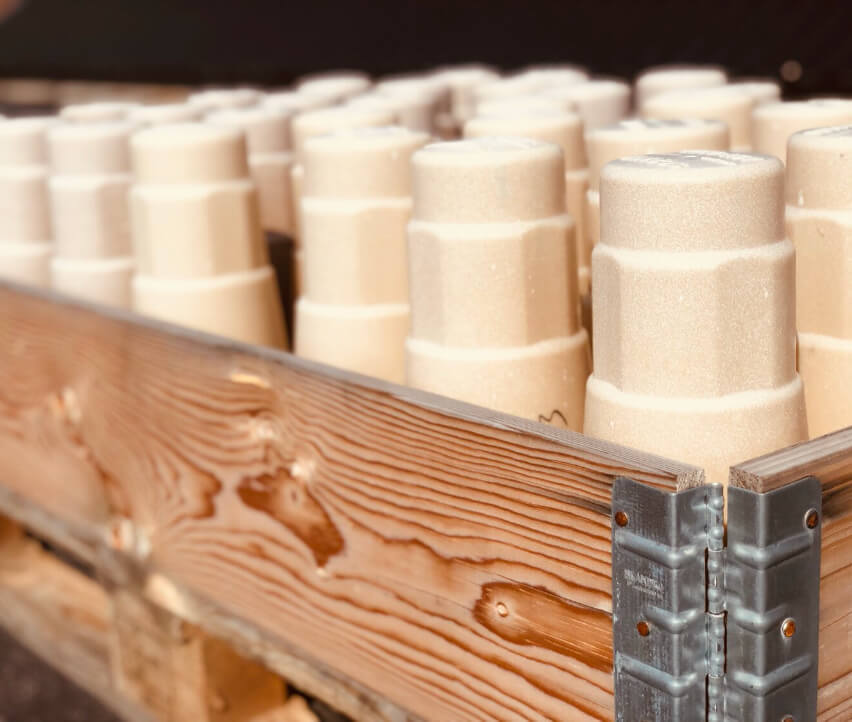 Generally biocomposite is the name for a composite, or a mix, of something biological with something artificial. For a few decades there have been technologies that mix plastics with plant-based material, which was frequently a waste stream. One example of an early technology simply mixed plastics with sawdust to make planks for decking. The sawdust was an inexpensive filler that provided acceptable mechanical properties for the application, being walked on.

Trifilon’s biocomposite technology represents a new generation of biocomposites. Trifilon’s 2nd generation of biocomposites use optimized plant fibers for their mechanical advantages, not simply as a filler. Trifilon’s plant fibers enhance the end material. In the case of BioLite, for example, you have a stiffer, reinforced plastic that has a vastly improved sustainability profile. Industrial hemp fibers provide that enhancement, and so Trifilon sources high-grade fibers from European farms.

What plant fibers do we use?

Trifilon’s first material technologies exploited one of the plant-world’s strongest fibers, those that forms the stems of industrial hemp. Because that plant grows tall quickly it has evolved fibers with high tensile strength and light weight.

Making those plant fibers perform in a plastic composite was no easy task. Trifilon developed fiber refinement techniques to optimally marry the fibers to underlying plastic resins. Those techniques have been applied to other fibers successfully. Another strong fiber – those from the flax plant – have been used in some of our materials. And Trifilon recently added sustainable grown cellulose fibers from Scandinavian forests to its portfolio of fiber feedstocks.  Ask if you’re interested!

Are they ‘bio-based,’ ‘bio-plastic,’ ‘biodegradable’?

Trifilon wants its partners to say exactly what they’re using. Our materials are biocomposites. They are plastics that include plant-based fibers.

Bio-based – All of our materials. This term can be misleading because it simply says that something in the material has a biological origin. So a batch of polypropylene with one leaf mixed into it is “bio-based.” Even more confusing, a drum of crude oil could be called “bio-based” because it has formed from carbon-based lifeforms millions of years ago!

Bio-plastic – Some of our materials. Again, this label can be used misleadingly to mean anything with a small plant-based component. But there is a better, more common usage that designates plastics mostly derived from plants. One of our product families, Switch, has its main ingredients from agricultural sources.

Biodegradable – No. This word refers to what happens to the plastic after it is used. A sloppy use of this word means the plastic magically disappears without toxic residue. That idea is nearly always misleading. A “biodegradable” plastic technology that rose to prominence in the 90s formed plastic bags that broke down into microscopic plastic pieces that toxify the ground or water. The technology is now banned in most countries.

The ideal afterlife of plastics would see their efficient reuse (recycling) and responsible disposal at the end of the material’s useful life. Trifilon Switch, for example, is industrially compostable. With applied heat and moisture it degrades to bio-compatible organic compounds. Other plastics are chemically recyclable. That means their chemical components can be separated for use in recreating new plastics, for example.

Are the materials recyclable?

Yes, our biocomposites can be melted and molded more than once. And they are included in regular plastic collection streams where – depending on the system used – they should be sorted according to their base plastic type.

The most efficient recycling scenario would see our biocomposites return to us. We would then use the molded components to form new pellets that could be used in another manufacturing process. Let us know if you’re interested!

Recycling is a complex topic that we know lots about. Please get in touch if you have any more specific questions.

Are they food and/or child safe?

Can I buy colored material?

No. Trifilon delivers standard, uncolored granulates which can be colored using standard master batching. We do however have a number of sample plaques that show the aesthetic versatility of our materials. Evenly dispersed plant fibers are visible in the molded component, if desired. And while many other bio-based materials are dark or discolored, Trifilon biocomposites support much lighter colorations.

How are they delivered?

Trifilon delivers standard granulates, which are bagged, boxed, and shipped to the desired site – typically a manufacturing line.

Can you buy sheets or blocks of Trifilon materials?

Trifilon currently only delivers granulates and performs no molding itself.

Do we make finished or semi-finished packaging, products, or components?

Trifilon currently only delivers granulates and performs no molding itself.

How do we start?

We encourage you to get in touch via email or telephone to discuss the needs of your product application and your sustainability goals. Or if you just want a sample and mechanical data, there is a form on our website.

Looking for more sustainable plastics for your existing products or a brand new product? We’ll be happy to hear from you and tell you more about how you can add an extra USP to your products.

We use cookies to ensure that we give you the best experience on our website. If you continue to use this site we will assume that you are happy with it.OkPrivacy policy